Plant a tree in memory of Marlena
An environmentally-friendly option 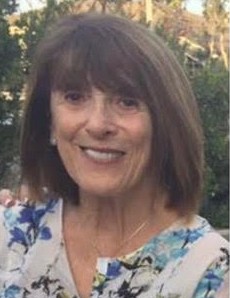 Marlena Diane Roberts Daly passed suddenly and peacefully at 2:47 PM on April 5, 2021, at St. John's Hospital with her husband Patrick at her side

Her many beloved friends are numerous and were all extremely important to her exuberance for life. Those include High School, her Mahopa group, Soul Sisters group, her book clubs, and the Unity Church.

After graduating from Monroe Woodbury High School, she attended Adelphi and Stony Brook University in NY. She received her first masters at William Paterson College, NJ. She continued her education at Cal Lutheran where she obtained her LMFT and a second masters degree.

Marlena met the love of her life Patrick in 1993. They married on April 15, 1994, at the Unity Church in Oxnard. They would have celebrated their 26th wedding anniversary this month.

Twenty years ago, Marlena suffered a serious heart illness shortly after 9 11 in 2001. She was a Californian at heart but never lost her New York State of mind. She then went on to live another 20 years, in which she was overjoyed to see the marriage of her children and the birth of her grandchildren.

Marlena enjoyed her years of retirement by visiting family and extensively traveling the world with her traveling sisters. As well as her lunches with the ladies, enjoying the arts of southern California,  and volunteering in her community.

It was all these aspects that contributed to her best life,  as well as her amazing circle of friends. She was fond of having the ability to say that she had been there when watching the travel channel.

In lieu of flowers, people wishing to donate in honor of  Marlena’s memory may donate to their closest homeless shelter or wait until the memorial celebration of her life that will occur in July, when we have better-formed ideas.

A tribute from her friends at Unity Church

Our hearts are heavy today. Our beloved friend and a cherished member of the Unity of Ventura Board of Trustees, Marlena Roberts, made her transition on Monday, April 5 after a short illness.

In addition to being a member of Unity since 1991, Marlena was a treasured mother, wife, sister, nana, aunt, and beloved friend to so many. Marlena grew up in New York and lived in New Jersey where she raised her children, Kim and Paul. She moved to California and found her true home.Marlena was an intrepid adventurer and traveled extensively domestically and internationally. In 2018 she went to New Zealand, Tasmania, and Australia with longtime friends. She was in the planning stages for her next big trip when she made her transition.

Marlena was a fierce advocate of social justice, on a first-name basis with a protest march and banner, and tirelessly promoted the rights of children, voting, and the homeless. And she was a voracious reader and book club leader/ participant, eclectic in her pursuit of knowledge, skills, and entertainment.

With a masters degree in counseling, Marlena worked as a career counselor. At Cal Lutheran, she assisted students, and at REA she helped the career advancement of families whose spouses had been relocated.

A memorial service for her family and friends is being planned for the future when pandemic restrictions allow. This newsletter will announce more details when they have been finalized.

We celebrate knowing that Marlena

has re-emerged into pure, positive energy.

In the eternal cycle of life, we acknowledge this,

just as we acknowledge that day follows night,

that Spring arises from Winter,

and that a rainbow comes only after the rain.

For all those of us who woke this morning

to the loneliness of bereavement –

the empty bed or chair,

May we know Your presence, dear God,

in the stillness of the day,

and through the love of friends

who offer their condolence.

We affirm that there is a unity beyond the limitations

of time and place and even thought ...

A unity that links us as one in God and each other.

Just as all the waves are part of one sea,

and all the islands are part of one earth,

we are still one with Marlena,

wherever her next adventure has taken her.

And should we find ourselves in a darker moment,

may we intentionally align with

the ever-present comfort and strength of God

and the solace in knowing that we are blessed with the memories of Marlena that have been left to us.

Plant a tree in memory of Marlena by clicking here.
To send flowers to Marlena's family, please visit our floral store.

A service summary is not available

Plant a tree in memory of Marlena
An environmentally-friendly option

Plant a tree in memory of Marlena

2 trees planted in memory of Marlena

Trees have always been a special act of God in my life. I rejoice in this opportunity to see Marlena's love continued in nature, loving and beautifying God's earth, sheltering birds and small animals.
Barbara Greene

A Memorial Tree was ordered in memory of Marlena Roberts by Barbara Greene.  Plant a Tree

Marlena, Our family will miss your bright smile each day. Your truly were a wonderful neighbor. You will be missed. Rest In Peace.

A Memorial Tree was planted for Marlena Roberts

Plant a tree in memory of Marlena